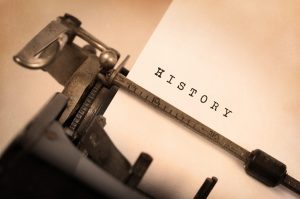 Community Baptist Church was started through the efforts of Calvary Baptist Church in Smithfield and a small group of people who desired to see Surry County reached with the Gospel of Jesus Christ and meet the needs of those looking for a strong unaffiliated Baptist church. With much prayer, 12 people gathered together on July 29, 2004 in the home of Gary and Sherry Ross and the burden to start a work was impressed upon those present. God had opened the door for Community Baptist to be born.  Gary Ross was to be the founding Pastor.

A garage was converted into a small chapel on the Ross Farm to become a meeting pace for the church and on September 12, 2004, Community Baptist Church had its first Sunday Morning service.  Asking God to do great things, the first soul was saved that day!  Eventually, our morning services were moved to the Surry Recreational Center and on October 3, 2004 we had our “Launch Service” that included special guests, music and an expanded vision for what God could do.

2005 would be a very busy year as a full music program was implemented,  a children’s church was started, a VBS was put in place and several new programs were being planned.  The Sportsman’s Banquet and bus ministry would soon be a reality.  On May 15, 2005, Community Baptist Church was formally organized and a Charter Service was held.  We had our first Lord’s Supper together with Pastor Dan Gray (Calvary Baptist) and Pastor Gene Parisher (Bethel Baptist) were in attendance and the church’s charter was signed.

The church continued to operate by faith and on October 1, 2005, the church purchased the property on which our current building is situated. 15.5 acres of property was obtained on Old Burrough Road.  With the help of Jehovah-Jireh Ministry, the property was paid off in January of 2007!  God blessed the faith of His people!

It is with this faith that a program to support worldwide missions was started.  Our first missionaries were The Dicken’s (Brazil); The Poe’s (Peru); The Preston’s (Utah) and The Wyrick’s (Alaska).  Today, we support more than 35 missionaries and organizations through “Faith Promise” giving.

On February 25, 2007 the church moved to the Surry Industrial Park until our permanent structure was built.  Richard Clark, the building’s owner, allowed the use of the building for the next 3 years and 9 months rent free.  We are so thankful for Mr. Clark’s generosity.

The church continued to grow and the need for a larger meeting place became evident.  On May 17, 2009, ground was broken for a new church building.  The Lord had already placed skilled carpenters, electricians, plumbers and painters within the membership of the church to help with this endeavor.  Of course, other faithful laborers in the church sacrificed and used their gifts to make the building a reality.  God also blessed the church sacrificial support from churches such as Calvary Baptist in Smithfield, Bethel Baptist in Hampton, and Great Hope Baptist of Chesapeake to complete the building and financially undergird the church.

David Cashman became the current pastor on July 17, 2016.  And the Lord is moving in a wonderful way!  We are so grateful for what God has done in the past but even more excited about what He has planned in the future!